Latin GRAMMY Award winner bassist and composer Pedro Giraudo is among the most compelling tango artists today. After two decades performing with the most important interpreters of tango, Pedro Giraudo debuted his own Tango Orchestra at Lincoln Center’s Midsummer Night Swing in July 2015 and since then has become an active cultural ambassador of this beautiful and passionate music of his native Argentina.

Among the many noteworthy events in his career, in 2018 his record ‘Vigor Tanguero’ won the Latin GRAMMY for best tango album, in 2014 Pedro recorded bass on Ruben Blades’ CD “Tangos”, which won two Grammy Awards. He is also the musical director of Tango for All’s “Blind”,  Mariela Franganillo Company’s “Tango Connection” and “Tango Recuerdo,” and performed with many of the most prominent tango ensembles including Pablo Ziegler (Piazzolla’s pianist), Luis Bravo’s “Forever Tango,” Hector Del Curto Quintet,” and Daniel Binelli’s “Tango Metropolis.” [More in Bio.] 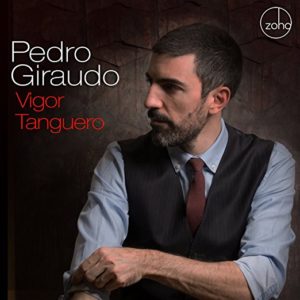 “His arrangements have the ducking countermelodies and cross talk of a Bob Brookmeyer chart, and the feisty footwork of Astor Piazzolla’s up-tempo tunes.” – Giovanni Russonello, The New York Times

“The music portrayed in this album is a very moving, passionate, even daring statement, building a bridge between tango’s glorious past and its even brighter future.” Marco Cangiano, The New York City Record Review