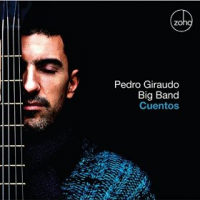 A “push gift” is a present given to a mother at the birth of her baby by the father of the baby. Typically it is an expensive present to say “thank you” to the new mother for the ordeal of childbirth and for bringing a new life into the world. I had been unaware of this somewhat new tradition, so I was caught empty handed, but was in the middle of writing this tune, which very conveniently became my “Push Gift”. The tune begins with an exposition of a 4-voice fugue. Most of the music derives from the musical gestures found in first 8 notes which are tweaked in many different ways.

There are no reviews yet.

Be the first to review “Push Gift – Big Band”